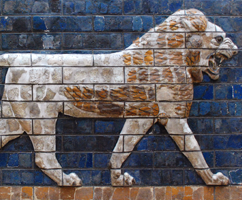 Civilizations of the Ancient World

HIS 246 3 hours, 3 credits.  A survey of the Mediterranean world, beginning with the first humans and tracing the development of civilization from Mesopotamia and Egypt to ancient Greek City-States and the fall of Rome.

Our entire lives are conditioned by concepts like civilization and society, yet we seldom stop to think about how they shape our behaviors and expectations. By traveling back to the very emergence of civilization, we can experience both the revolution in how humans related to each other and the proliferation of new kinds of societies—each with their own distinct ideas about communities and individuals, communication, trade, protection, gender, mortality, and the strange, unbounded realms of the gods. All of this forms not just the background but the substance of the modern world: how we think, and what others think of us. The everyday hubbub of ancient worlds vibrates in the bones of our own societies. 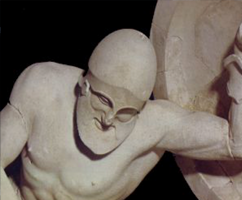 HIA 320 3 hours, 3 credits.  In this course we will explore the beginnings of European civilization—its gradual unfolding and culmination in Greece, through examination of the key transformations of Greek culture and city-states from the Bronze Age up through the hellenization of the east by the Makedonians.

More than any other ancient culture, the world of Hellas—the Greek-speaking lands and islands of the Aegean Sea and beyond—attempted to improve and perfect society and civilization, to such an extent that Hellas became a crucible for the fundamental ideas of the “western” world, ideas that formed the bedrock for nations disseminated far and wide across continents and oceans. What made the Greek ideas about how humans relate to the world and each other so elemental? How did the peoples of Hellas evolve their unique perspective?

HIA 321 3 hours, 3 credits.  In this course we will explore the foundation and development of the Roman state, including the rise and decline of the Roman Republic and the establishment and fall of the Empire, with emphasis on its political, economic, social, and cultural achievements.

The colossal achievement of the Romans—a single city indelibly suffusing its unique sensibility through the entire ancient Mediterranean world—is only part of the Roman story. The people of Rome gained economic, political, military, and cultural dominance over the ancient West and laid the foundations for the medieval and modern worlds through a fascinating mixture of synthesis and adaptation, on the one hand, and unshakable faith in the Roman identity, on the other. How the Romans acquired an empire, and how that empire constantly reshaped Roman society, tells us not only about the Western civilization that descended from them, but about the dynamics of society, empire, and power. 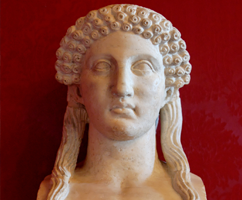 HIA 311 3 hours, 3 credits.  Examination of the image, role and status of women in both Ancient Greek and Roman society as seen from the important literary works of antiquity.

The written evidence from the ancient world is dominated by the actions and perspectives of men, who both ruled public life and created most of the cultural expression that has endured. Increasingly over the past several decades historians have sought to overcome this evidentiary bias by striving the represent women’s perspectives both in the narratives of individuals cultures and times and through the specific exploration of the voices, deeds, and representations of women of antiquity, as a pathway to understanding both the meaning of womanhood in any given society and the mores of the cultures they helped bring about and shape for posterity.